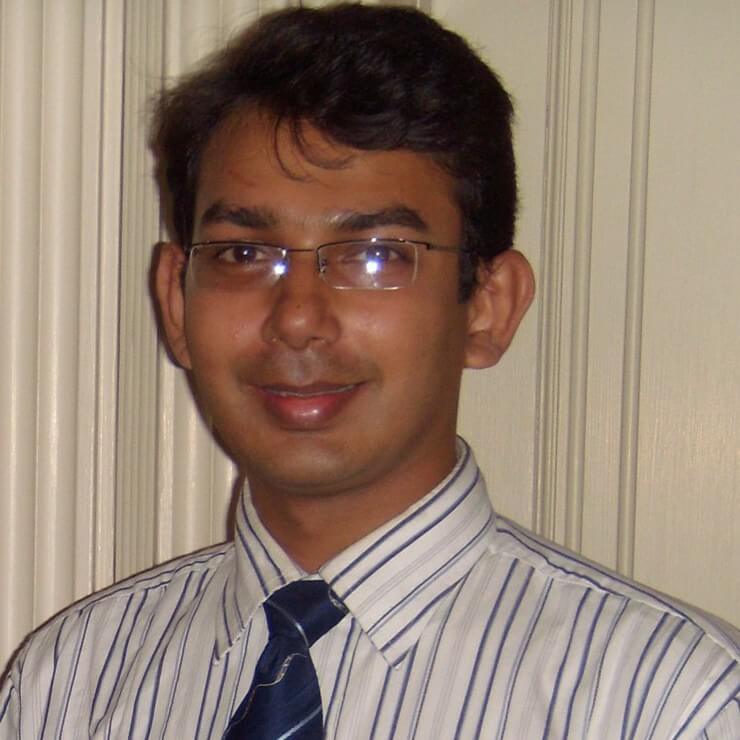 Cystic fibrosis (CF) is an aggressive life-limiting autosomal recessive disease with a high rate of mortality. Mutation in the cystic fibrosis conductance regulator (CFTR) gene is the sole origin of CF. CFTR gene encodes a protein that functions cAMP-activated chloride (Cl-) channel. Mutation in CFTR gene leads to less or no production of CFTR protein that results in the defective or reduced transport of Cl- and bicarbonate (HCO3-) ions in multiple organs. Organs affected due to mutation include gut, lungs, liver, pancreas and reproductive organs, however, the lungs are mostly affected organs. CF lung disease is characterized by the accumulation of viscous mucus, chronic inflammation, and persistent bacterial infections in the lungs. The thick, viscous mucus leads to clogging in the respiratory linings resulting in stuffy nose, wheezing and breathlessness. Persistent infection-directed inflammation leads to permanent structural damages of the respiratory linings that eventually results in respiratory failure and death. CF is highly prevalent among the Caucasian population from developed countries including UK, Europe, North America and Australasia. Until 2005, the life expectancy of patients with CF was around 28 years, however, with the advancement of diagnosis and treatment, the median survival time of patients with CF increased to 37 years over the past decade.

What is cystic fibrosis and why surfing helps. This video was provided courtesy of the Mauli Ola Foundation. Learn more at http://www.mauliola.org/.

In the past, a diagnosis of CF was based primarily on clinical signs and symptoms. However, with the introduction of CF newborn screening (NBS) in many countries including the United States, a majority of newly diagnosed cases are minimally symptomatic or asymptomatic infants. Screening involves procedures such as immunoreactive trypsinogen (IRT) biomarker testing on dried blood spots as well as testing for one or more CFTR gene mutations. In many cases, the diagnosis can be confirmed by a high chloride concentration in a follow up sweat test.

Given the variation in disease severity and age of onset, CF diagnosis can be a challenge. Patients with CF can present with manifestations such as respiratory symptoms, chronic sinusitis, pancreatitis and male infertility. Moreover, patients with CF lung disease present with persistent cough with viscous mucus, wheezing, repeated airway infection, leading to bronchiectasis, gas trapping, hypoxaemia, and hypercarbia.

CF is a monogenic disease caused by mutation in CFTR gene. Patients with CF suffer from intense systemic inflammation characterized by increased serum acute phase proteins, high antibody titres to respiratory pathogens Pathogens
A biological agent such as viruses, bacteria or fungi that cause a disease. , atopy and heightened Th2 responses. Initially, it was thought that CFTR was largely expressed by the airway epithelial cells (AECs), however, expression and function of CFTR had been reported to other inflammatory cell types such as monocytes, macrophages, T cells, mast cells. Molecular studies suggest a negative feedback loop between functional CFTR and inflammation. However, it is still unknown why CF inflammation never stops.

Neutrophils play crucial role in CF disease pathogenesis Pathogenesis
The biological mechanism that leads to a state of disease. It can refer to the origin and development of a disease, as well as whether it is recurrent, chronic and acute. . Higher neutrophil counts had been observed in the bronchoalveolar (BAL) fluid and CF specimens of CF patients. Microbial killing ability of neutrophils had been compromised with non-functional CFTR. Elevated neutrophil elastase activity in CF airway is thought not only to be the underlying reason for structural damage of airway linings but also compromise activation of adaptive immune cells.

Monocytes maintain a circulatory pool of immune effector cells. During infection, they migrate to the tissues and differentiate into either macrophages or dendritic cells to mount innate and adaptive immune responses respectively. Macrophages with their pro-inflammatory (M1) and anti-inflammatory (M2) subsets maintain balance between inception and resolution of respiratory inflammation. Truncated form of CFTR protein Protein
Large biomolecules, which consist of one or more long chains of amino acid residues. They perform a vast array of functions within organisms including transporting molecules, providing cellular structure and catalysising processes such as DNA replication. had been observed in both CF monocytes and macrophages. Monocytes from CF patients demonstrate enhanced inflammatory cytokine Cytokine
A broad category of small proteins released by a range of cells (including immune cells like macrophages, B lymphocytes, T lymphocytes) that act through receptors and are important for a range of processes including cell signaling, inhibition, maturation and proliferation. profile with defective phagocytic ability. Macrophages in CF had been found highly pro-inflammatory without their anti-inflammatory attributes.

Repeated and chronic infection with bacteria, particularly with Staphylococcus aureus and Pseudomonas aeruginosa are common in CF. Episodes of infection increase with age and are associated with neutrophilic inflammation leading to lung damage, bronchiectasis that leads to fibrosis Fibrosis
Excessive tissue forming to compansate during organ repair. This overcompansation can often serve to obstruct the organ from functioning properly. during adulthood.

Types of mutations in CFTR

The mutation in CFTR gene was first reported in 1989. From then, more than 2000 mutations have so far been reported in human CFTR gene which are broadly categorized into six different classes according to their effects on the maturation and function of CFTR protein Protein
Large biomolecules, which consist of one or more long chains of amino acid residues. They perform a vast array of functions within organisms including transporting molecules, providing cellular structure and catalysising processes such as DNA replication. (Figure 1). The most common mutation is the F508del (also known as ΔF508) mutation, with prevalence varying depending on the geographical region.

Recently, 11 new rare CFTR mutations have been reported among patients from the Indian subcontinent that increased the spectrum of CFTR mutations worldwide. 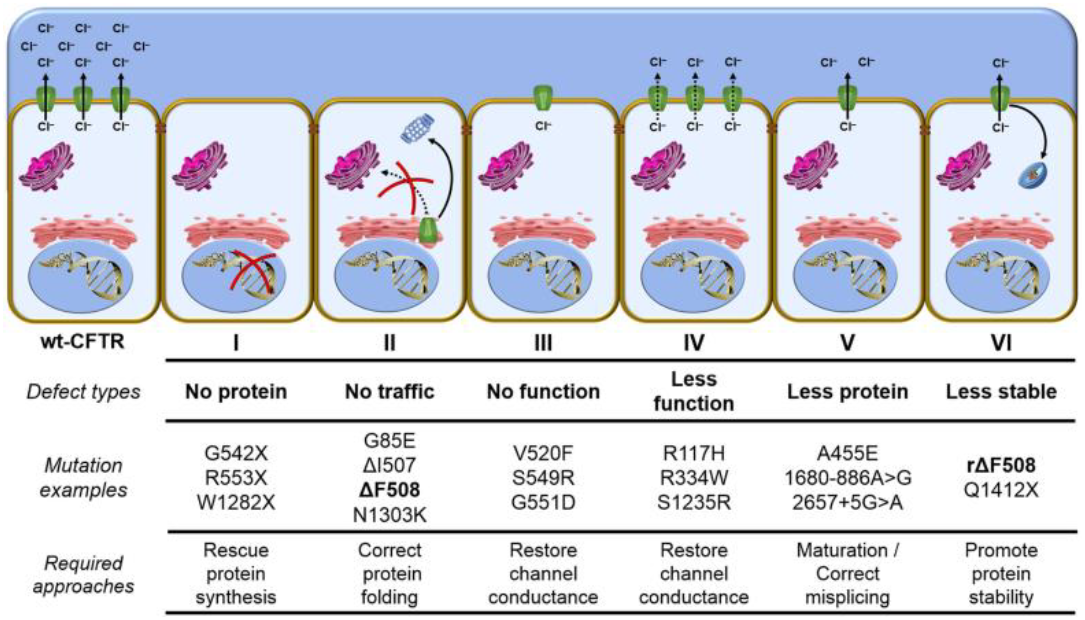 The conventional treatment options for CF patients aim to slow lung disease and its progression, to improve airway clearance. Since chronic infection in the lungs and exaggerated respiratory inflammation are the hallmark features of CF, antibiotics and anti-inflammatory drugs are frequently chosen for CF patients. Antibiotics are mainly given to the CF patients to eradicate the bacterial infections. Tobramycin is highly recommended for CF patients in US to delay colonization of bacteria in the lungs. Significant improvement of lung functions, decreased bacterial and neutrophil counts, reduced pulmonary inflammation and weight gain had been observed following tobramycin administration. In addition, tobramycin had been shown to promote translational read-through of the premature stop codon (class I CFTR mutation) and generate the full-length functional CFTR protein Protein
Large biomolecules, which consist of one or more long chains of amino acid residues. They perform a vast array of functions within organisms including transporting molecules, providing cellular structure and catalysising processes such as DNA replication. in AECs from CF patients. However, long-term usage of tobramycin increases the risk of renal failure and promote antibiotic resistance.

Azithromycin (AZM) is a macrolide class antibiotic that are known to reduce acute respiratory exacerbations, to improve lung function weight gain and quality of life in CF patients without correcting CFTR mutation. Macrolides are known to show anti-inflammatory actions by reducing neutrophilic inflammation. The antibiotic activity of macrolides resides in the “sugar” moiety attached to the macrolide ring, however removing this may not alter the anti-inflammatory actions. Non-antibiotic macrolides (NAMs) had been shown to restore the phagocytic function of airway macrophages. Therefore, whether NAMs would be beneficial in CF is under consideration. Ibuprofen as an anti-inflammatory drug is recommended for long-term treatment for CF patients. Inhaled dornase-α is recommended for CF patients with moderate to severe CF to reduce the viscosity of sputum. Hypertonic saline and inhaled β-agonists are recommended for CF patients over 6 years of age.

Although conventional treatment options showed significant improvement of the lung function, however, they are unable to repair the deleterious effects of the mutations in the CFTR gene. Therefore, mutation-targeted drugs that can restore normal CFTR function are in demand. A number of small molecules known as CFTR corrector and CFTR potentiators had been identified by high throughput screening (HTS). CFTR correctors increase the delivery of functional CFTR to the cell surface (effective for class II mutations), while CFTR potentiators increase channel gating (effective for class III mutations). Ivacaftor has been approved by FDA as CFTR potentiator for the patients carrying class II G551D allele and class IV mutations. Ivacaftor had been shown to enhance channel activity, improve lung function, lowers sweat chloride level and thereby improve the clinical outcomes in patients carrying class III mutation. Lumacaftor is a promising CFTR corrector that has been shown to selectively correct class II mutations with improved CFTR post-translational modification, trafficking to the cell surface and enhanced Cl- ion secretion. The maximal effect has been observed after 24hr of treatment. Unfortunately, monotherapy of lumacaftor in patients carrying homozygous class II mutations failed to show significant improvement of CFTR function in AECs and significant changes in lung functions. Furthermore, patients with heterozygous (class II/III) mutations require treatment with both Ivacaftor and Lumacaftor to achieve clinical benefit. Combinational therapy of Ivacaftor and Lumacaftor showed enhanced channel gating, improved lung function and lowered frequency of hospitalization compared to monotherapy or control group.

Gene therapy is an attractive tool to deliver the correct copy of CFTR gene via viral vector into the individual cells of the lungs. Since almost all structural and immune cells are affected in CF lung diseases, delivery of the correct copy of CFTR gene remained challenging. Clinical trial of gene therapy did not show substantial improvement of lung function. Adverse effects following gene therapy set this tool as hope more than a reality. CRISPR/Cas9 is a very recent and advanced gene delivery tool. Ongoing research is being conducted for development of novel CRISPR/Cas9-based CFTR gene delivery system.

CF is one of the most common life threatening recessively inherited disorders in the world. Those most affected are children, typically diagnosed before the age of two. The disease predominantly affects Caucasian populations compared with other ethnic groups. It is difficult to estimate CF prevalence, especially in non-Caucasian populations. Additionally, less severe cases may be diagnosed later in life. In predominantly Caucasian populations, the birth prevalence of CF is around 1 in 2500 live births. These figures may vary, with Scandinavian countries such as Sweden and Norway reporting a much lower rate. Finland has a CF birth prevalence as low as 1 in 40000 births. As of 2015, around 30000 people were living with CF in the United States and over 90% of individuals were Caucasian.

The life expectancy of CF has increased in recent years with advancements in diagnosis and care. The median survival time of patients with CF is around 37 years worldwide. This can vary depending on severity of disease and a key factor is the type of CFTR mutation. The F508del mutation is present in over 60% of CF cases worldwide, although prevalence varies depending on geographical region and ethnicity. Among the broad range of mutations present in CF cases globally, F508del is by far the most common, followed by G451X and G551D mutations.

The Mauli Ola Foundation (MOF) is a nonprofit organization dedicated to providing hope and confidence to individuals living with genetic diseases. Harnessing the healing powers of the ocean, they introduce surfing and ocean-based activities as natural therapies. They are honored to share their knowledge of the ocean, family values and community.

Rock CF is a community Thousands strong changing the face of what living with Cystic Fibrosis looks like and giving those living with CF the tools to not only survive, but thrive.
THEIR FOOTPRINT:
• Empowering CF people to live a healthy life.
• Bringing a positive spin to the demanding challenges CF poses though speaking engagements.
• Heightening cystic fibrosis awareness through the Rock CF apparel line and events.
• Outfitted over 300 people through the Kicks Back program.
• Sponsored entry fees for people with CF to participate in running races.
• Inspired lifestyle changes on a small scale that can make big difference.
• Provide resources for advocacy work to families.
• Fund research through the Cystic Fibrosis Foundation, Mayo Clinic and others. 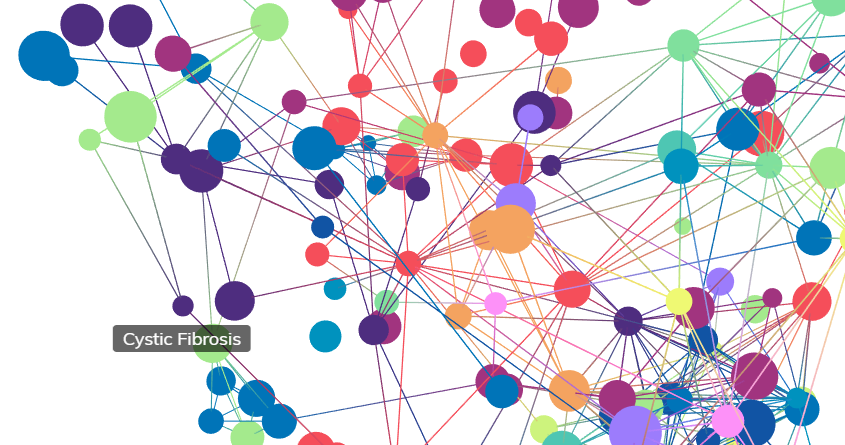 Six different classes of mutation according to effects on CFTR protein